Was hoping for live comments along with the NBC live stream— disabled on YouTube 👎. Take part in the discussion below, or find the subscribe button to get an email invitation for l00sed.slack.com

Also, for anyone who wants to know the technical details and stats for candidates and debates, I just found an extremely useful page on Wikipedia that has a ton of info on polls, schedules, etc.


Update: I am switching out live stream links with recorded debates after each event.


July 30th. The second round of debates will be hosted by CNN. According to a story by CBS, candidates must have either:

"65,000 donors to their campaign, with at least 200 donors in 20 different states, or obtain at least 1 percent in three polls recognized as legitimate by the committee. If more than 20 candidates qualify for the debate, the DNC has said it will choose participants with a methodology that gives primacy to candidates meeting both thresholds, followed by the highest polling average, followed by the most unique donors."

Making these milestones is extremely important if the candidate is going to succeed! This is the second Democratic primary debate (of 12 total). So far, only 14 candidates have qualified in both areas. Support your chosen candidates and check back here on July 30th for live debate chat.


July 31st. Debate. Detroit. But will it really happen? Who knows. The only thing that people can actually watch from the debate last night is CNN's own short clips and coverage. At least if I'd had a TV tuner when I was forced to watch the first two debates on MSNBC, I might have been able to view an official Democratic Party primary debate without paying for cable.

At LEAST MSNBC had the courtesy to upload the recorded debates to YouTube. This full coverage (embedded above) was recorded and uploaded by a public citizen of the Web. If you find links to the full debate coverage, post them below! What else is the Internet for...?

Stay tuned for the second Detroit debate coverage tonight, and invite your friends to start a discussion below.


If ten or fewer candidates meet the DNC's criteria, the next debate will be a one-night affair— set for September 12th. I'm so thankful to the YouTube pirates who've recorded the debates and made them available to a broader public. Poor VP Biden looked so upset as his fellow candidates tore him up in the debates last night and the night prior; but he's still winning in the polls as the "most likely to take on Trump".

According to an article on the NYT website, "candidates will need to have 130,000 unique donors and register at least 2 percent support in four polls" by August 28th. So far, Biden, Booker, Buttigieg, Harris, O'Rourke, Sanders, and Warren have secured a spot; but Yang, Castro, and Klobuchar are behind. ABC will be televising the Houston debates. Once again, stay tuned for livestream and invite people to the discussion below! Thanks.


A lot has happened since the Houston debate. Bernie is out of the hospital after suffering a heart attack. He received two stents to relieve a blocked artery, but announced that he's not giving up on his campaign. 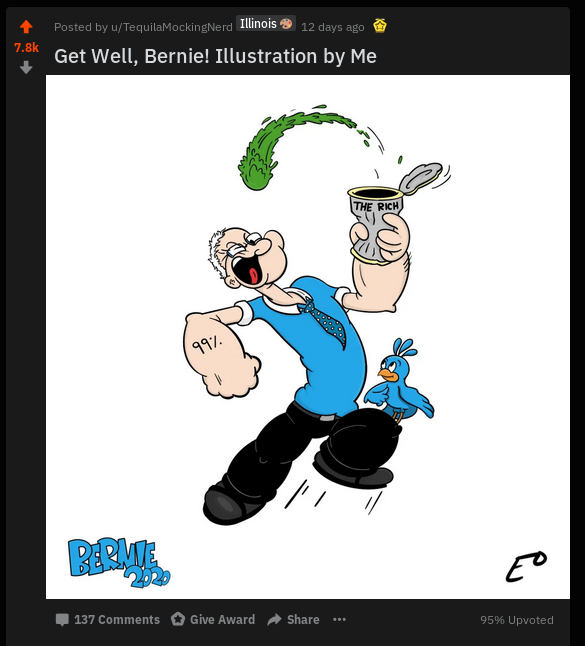 Meanwhile, former Vice President Joe Biden has been struggling to defend himself for allegedly using the power of his office to force out a Ukranian prosecutor who was investigating an oligarch linked to Burisma, the Ukrainian energy company where Hunter [Biden's son] sat on the board.

President Trump, who is now (more than ever) under threat of impeachment, has been accused of using his own position as President to persuade Ukrainian President Volodymyr Zelensky to investigate the Bidens. It seems this was a move to throw shade on one of his biggest political opponents in the upcoming election.

Lastly, Democratic hopeful, Tulsi Gabbard threatened to boycott tonight's debate. She argued that the criteria set by the DNC (in order to be eligible for each debate) is arbitrary and biased; and that the debates are akin to a reality TV series. I whole-heartedly agree.

I want to say this was before she met the requirements for tonight's debate... Incidentally, she has now met the requirements, and recently Tweeted that she will in fact be participating in the debate (we'll see if the moderators ask her about this). It's good to have principles, but the reality is that skipping out on a televised debate isn't going to get you elected. Sad, but true.

Tonight's debates are again hosted by CNN, and are scheduled to begin at 8 ET. As always, I invite you to leave your comments below and watch the debate along with me. I'll be heading down to Shadyside's The Urban Tap to have a drink while I watch on their big screens!

Tonights debate happens mid-impeachment. Biden has been called out numerous times by Republics in this and last weeks public hearings. Republicans say that Ukrainian President Zelensky's "favor" for Trump was justified.

That favor— which Democrats are trying to prove was a quid pro quo for much-needed military aid— was dependant upon the Ukrainians investigating Biden for using his position as Vice President to get his son Hunter a seat on the board of a corrupt Ukrainian energy company, Burisma.

I'm curious to see whether or not other Democratic candidates will try to throw shade on Biden, or if they'll use this opportunity to seize on President Trump's own corruption. Regardless, I'm sure the impeachment hearings will be a major part of tonight's debate.

Recently, I started reading Joe Trippi's The Revolution Will Not Be Televised. In an early chapter, the veteran political campaigner recounts his experience managing the trail of Democratic candidate, Howard Dean.

As a young voter, I was mostly blind to the cut-throat political tactics at play in every major election. Even the smallest mistakes are exposed and used against a candidate to make them appear small, ridiculous, and inexperienced. Howard Dean's downfall was the inopportune Dean Scream.

As Trippi points out in his book, Howard Dean received an inordinate amount of criticism over this mistimed shriek. While such an act might have been over-looked with a lesser-known candidate, Dean was on the rise. 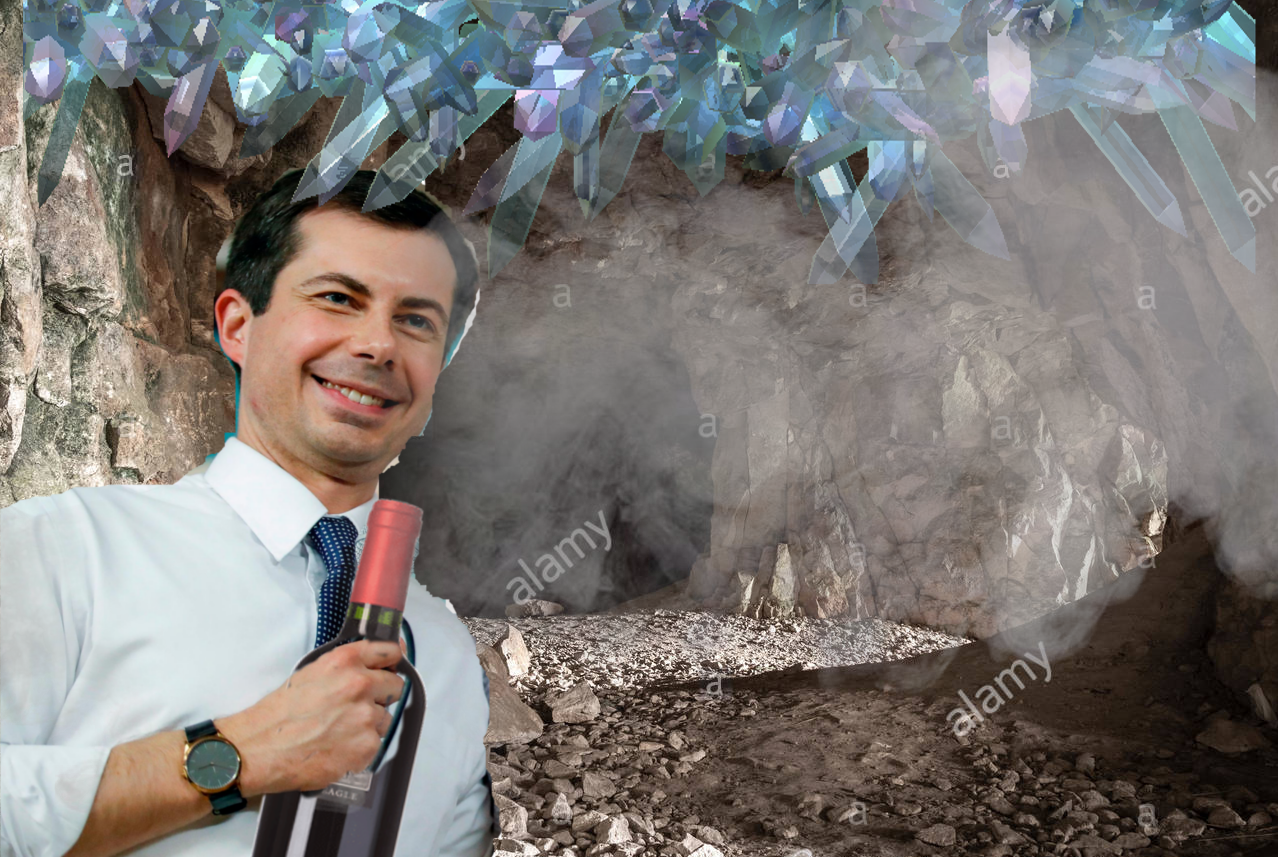 Similarly, I think Buttigieg has been an exceptionally presidential candidate. He's well-spoken and his policy isn't far from moderate. He's young and passionate, and the other candidates are beginning to notice him. I don't think the wine cave "scandal" will give them enough ammunition to put him to rest; but I think we'll continue to see him come under fire.

Sorry I was a little late with the post on this one! CNN has again decided that their "highlights" is more digestible than the full debate. They have been kind enough to upload it (split into four parts).

Trump was having a rally during the debate— probably so his brain-washed Trumpers wouldn't get any bright ideas and see what the Democratic candidates have to say... not that they had much to say.

Biden made his usual boomer/centrist appeals. Tom Steyer is still rich enough to be a candidate. Buttigieg's wine cave wasn't as big a deal; but everyone still seems to hate him inexplicably (probably because he's not an old fart).

The most Twitter-friendly action was when CNN called Bernie out for being sexist. Apparently he told Elizabeth Warren that a woman could never be president. He denied it, Warren said it happened, and much drama ensued.

The drama has dissipated some, but this could bring a real hurdle to Bernie and his campaign if given fuel. By this point, however, most liberal political junkies are following the Senate's impeachment hearings instead.

There was, however, another interesting moment when Hillary, a documentary "revealing moments from never-before-seen 2016 campaign footage", was released. Hillary was put on record saying:

"He was in Congress for years. He had one senator support him. Nobody likes him, nobody wants to work with him, he got nothing done... He was a career politician. It's all just baloney and I feel so bad that people got sucked into it."

The Internet quickly responded, and #ILikeBernie trended #1 on Twitter. Additionally, his campaign started funneling in donations.So, apparently someone likes him...

You've probably heard about the Iowa caucus. It was a complete debacle. As of yesterday (2/6), the Associated Press reported that they are "unable to declare a winner in Iowa".

The Iowa Democratic Party used an app, built by a company called Shadow, to report caucus results. According to the NY times: Shadow had less than 2 months to build the software, and it ended up delivering incorrect tallies when caucus reporters had difficulty downloading the app.

In a technical sense, I'm still having trouble understanding what exactly went wrong. Who the hell is Shadow? And why the hell would they choose a name that reeks of Bond villain? I posted to Hacker News and did some light digging.

A Twitter thread by @rabble revealed some information about Shadow: 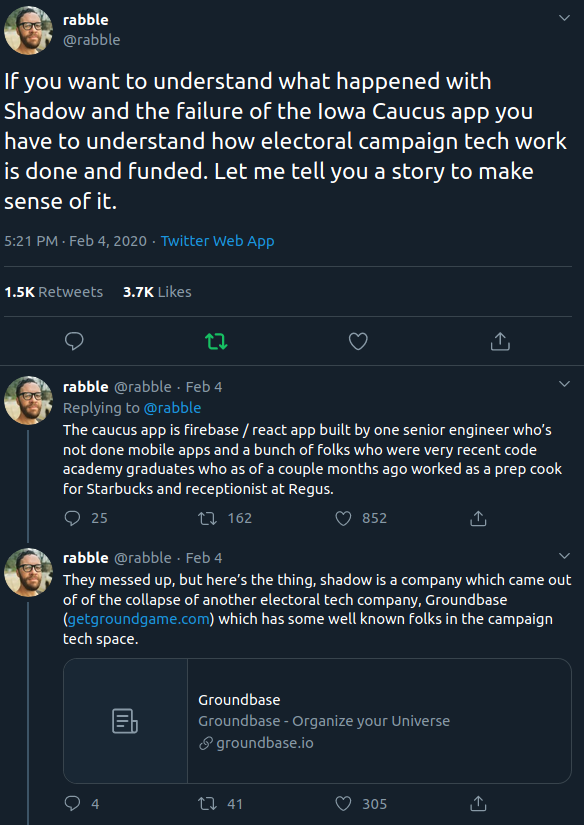 You can read the whole thread as a cohesive article here.

It's easy for news agencies to dismiss the numerous online conspiracy theories, mainly: DNC meddling to prevent electing a "democratic socialist" as President... That doesn't dismiss the fact that we're beginning this election year in "a sea of doubt".

Shadow said in a Tweet, "We sincerely regret the delay in reporting of the results of last night's Iowa caucuses and the uncertainty it has caused."

According to the Times:

Even if there was no malicious intent, it's clear that Shadow did not have the technical or business expertise to ship an intuitive and stream-lined product.

Since 2016, bad practice and malicious intent in politcial tech has been an incredible threat to the United States and other nations. Our task to understand what is broken, damaging, overly complex— and what can be done to remedy the election process needs serious attention.

On another note, Trump has been acquitted on all charges of impeachment. It disappoints me to say this, but this news did not come as a surprise.

The only Republican who had the courage to stand up to Trump was Mitt Romney— which (unsurprisingly) quickly moved him to number one on Trump's hit list.

The President's State of the Union address— and the Republican self-gratification party that occurred later— affirmed the truly fractured state of the "Union". Trump directly mocked Romney's vote, attacking him directly for voting based on his faith.

In his State of the Union speech, he wove a fictitious story of a united, patriotic country— respected and admired by the world. The tragic, obvious reality is that we are divided. Trump will not stop promoting a nationalist agenda of "America alone" as long as he is President.

This was by far the most heated debate yet. By some miracle (no, wait, it's money) Bloomberg has appeared on the debate stage. He was, rightfully, bashed by the other Democratic candidates for his infamous "stop-and-frisk" policy as mayor of NYC. Additionally, Elizabeth Warren showed her grit when she would not back down on Bloomberg's non-disclosure agreements with women he had presumably harrassed or offended in the past

Shots were fired early in the debate between Buttigieg and Sanders as well. Many of the moderate candidates are trying their best to label Sanders an extremist by calling him a communist and a socialist. Bernie held his own by addressing the current policy of the United States as: "socialism for the rich", and continuing to reinforce his intentions to take the boot off of the working class.

In other news, Trump held his obligatory rally to prevent any of his MAGA drones from cultivating any politically diverse thoughts. He mocked the Iowa "app-ocalypse" (which is fair), and called out several of the democratic canditates with his usual splash of Trumpisms.

Lastly, but not least, I think it's worth noting that the former democratic hopeful, Andrew Yang, has taken on a position with CNN as a political commentator. He will be following the debates, providing insight from his own experience in the race.